One of the world’s paradises, Roatan is the largest island of the archipelago of the Bay Islands, in the Caribbean of Honduras, surrounded by the largest Coral Reef in America and the second largest in the world, Roatan has a beauty scenic and exuberant marine life, which contrasts with the abundant vegetation of the island.

The human presence comes from pre-Columbian times, after a fleeting Spanish occupation, which began the territorial domain of the British, until the archipelago became Honduran property; Due to the multicultural and multinational presence, descendants of Europeans, Honduran mestizos, Garifuna and descendants of African slaves live on the island, so English, Creole, Garifuna and Spanish are spoken on the island.

Roatan is one of the 4 municipalities in the department of Islas de la Bahía (Bay Islands), located north of the Honduran mainland, it is a thin and long island, with an extension of 60 km and with a maximum width of 8 km. The island is surrounded by the best preserved sector of the Mesoamerican reef.

Roatan maintains very stable ranges of temperature due to the contributions it receives from the mainland and its jungle areas, the island has elevations that vary from zero to 170 meters above sea level, it has a relative humidity between 94% and 97%, being the months of October and November the rainiest. 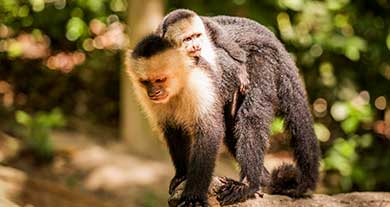 Roatan is accessible by sea from the Honduran mainland through a ferry, from anywhere in the world through several cruise companies, and by air, it has an international airport that connects it with the United States, Canada, Italy, and Grand Cayman. , Central America and the rest of the world, it is also a destination of CM Airlines that connects you with Tegucigalpa, San Pedro Sula and La Ceiba, and also connections to Utila, Guatemala and Puerto Lempira.

Culturally speaking, Roatan is a mixture of worlds, the indigenous heritage, the Garifuna, the British descendants, and other migrants, have left their mark on the island and gastronomy, traditions of British origin such as Plat Pole, the dances, music and gastronomy of the Garifuna, are among others, pleasures not to be missed when visiting Roatan.